One of my goals when I started to writing this blog was to help those who weren’t familiar with whisky or were starting their whisky experience. In my years of enjoying whisky and my time writing about it, I have realized that many people are not only confused by the spellings of whiskey and whisky but are also confused by the words scotch and whisky.

In past instances when talking to people about drinks of choice, I have brought up the fact that I enjoy drinking whisky. In more than one occasion to this some people respond with, “I don’t like whisky I prefer Scotch”. Getting this answer many times over is the reason why I am writing this small blog posting today. I want all non whisky or whisky drinkers that don’t know, to know that Scotch is whisky.

In terms of whisky, it is acceptable to use the terminology Scotch whisky, however the word Scotch alone in modern day is considered to be a bit offensive in Scotland.

So, if someone ever tells you that they like whisky now you’ll know that they are most likely also including Scotch whisky in that mix. And finally, if you are ever in Scotland and want to order a whisky, ask for a Scotch whisky or just ask for a plain whisky as that will do the trick!

PS – As a New Englander I wanted to send out a big Cheers for the 1st game of the World Series! The Boston Red Sox take on the St. Louis Cardinals. Two great teams will make for some great baseball watching. Go Sox! 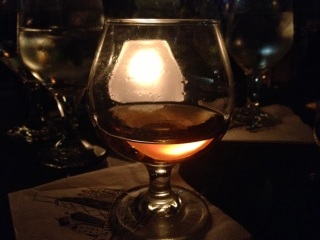